In 2020, after having an enlightening conversation with his friend, who suggested that he should become a steamer because he “talks too much,” K1ng Apollo began his marvelous journey in content creation. After first getting his start as a creator on Facebook via their streaming platform, Facebook Gaming, K1ng Apollo would migrate fully to Twitch in 2021. There, he began to establish himself as a battle royale streamer, broadcasting prominent royale titles such as Call of Duty: Warzone and Fortnite, eventually founding his own community based on the genre called the Royal Family. 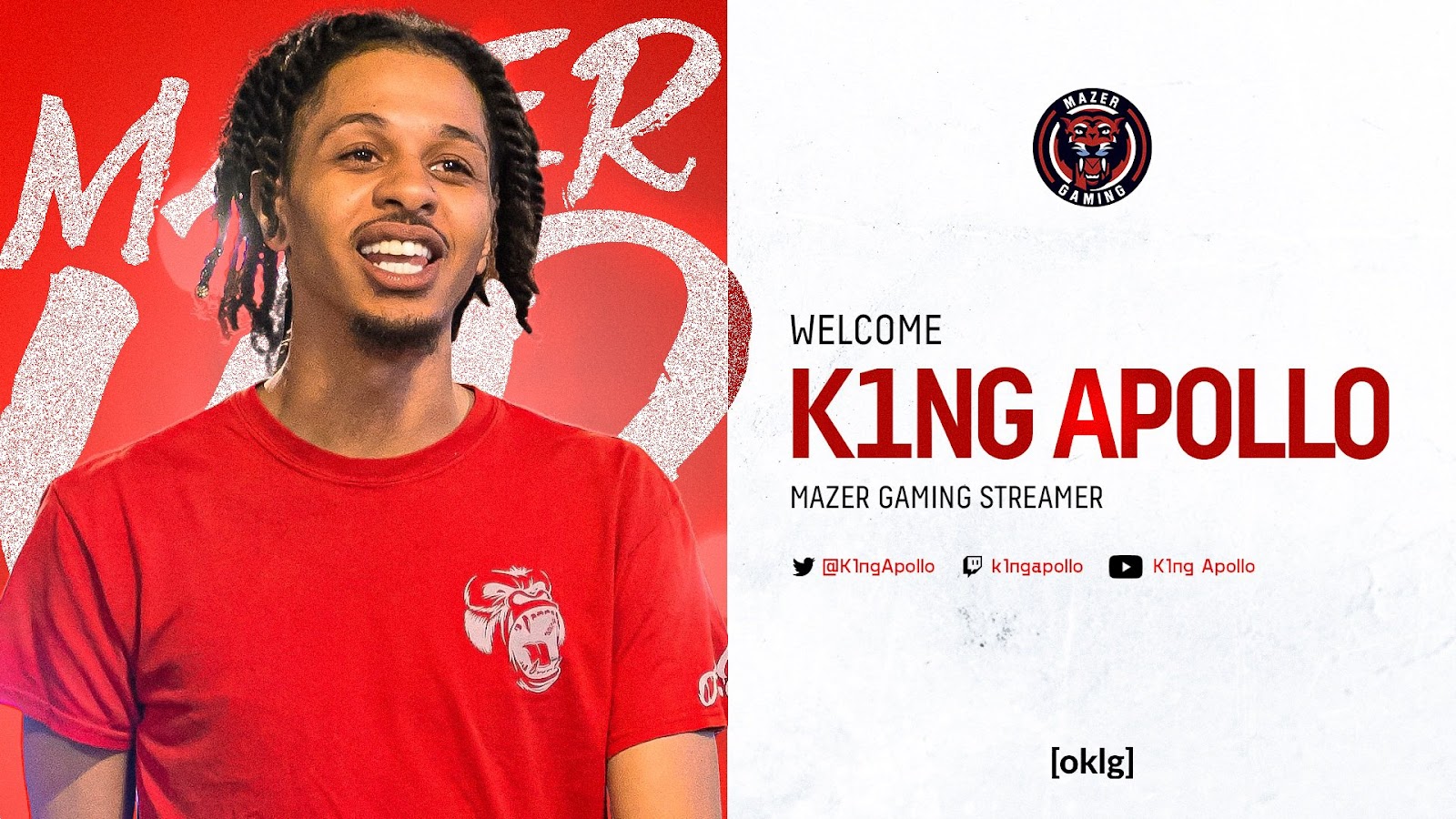 However, it was after discovering Mythical Games Inc.’s popular party game Blankos Block Party that K1ng Apollo’s streaming career really started to hit its stride. Going from a consistent viewership of 10-15 viewers, those numbers suddenly began to grow steadily to 25-30 after only a few months of streaming Blankos. In time, K1ng Apollo rose to become one of the game’s most well known up incoming streamers, even being personally invited to join Blanko’s official Twitch influencer team. It was also during this time where he met fellow Mazer Gaming streamer Jcluster, who K1ng Apollo still shares a close friendship to this day with.

When asked about what he wants to accomplish during his time with Mazer, K1ng Apollo had this to say, “I want to grow as a content creator, as well as build up my network of connections. I also want to help grow the team by getting more eyes on us with my own unique style of entertainment quality.”